2020 was a crucial year because of Covid-19, which disrupted the evolution of the world order in the direction of differentiation and transformation. This is the most severe crisis the human world has faced since the Second World War.

The pandemic is like a fatal global social test. On the basis of a world order that has already undergoing a crisis, it has not only caused a pause and thus a deceleration of economic development, but it has also stepped up social division and the transfer of power from the political to the technical sphere.

Although the most experienced analysts and leading research institutions have published various reports, currently none of them can accurately predict in detail the huge impact of the pandemic on the history of the 21st century.

The pandemic, however, will bring about major changes in four areas.

Firstly, it will accelerate the general trend of global economic recession and differentiation. This is due to the currency over-issue policies adopted by several countries and to intensified domestic social polarization. Since 2018 the global economic and financial crisis has not yet been solved. On the contrary, the crisis has only been concealed by the short-term response of monetary policy.

Secondly, the pandemic will speed up internal changes and the reorganization of the international political and economic order precisely due to internal social differentiation. Owing to the turbulent influence of domestic and international policies, economic and political risks in fragile regions of the world will intensify or have knock-on effects.

Thirdly, the pandemic will strengthen the digital society and competition between countries in building new technologies will become more intense. The most significant impact of digital society is the silent arrival of a transparent society that exists but has no human contacts.

Fourthly, the pandemic promotes the rise of vaccine nationalism and accelerates the revival of the community value of East Asian countries, which has epochal significance from the perspective of the history of world civilization.

The most influential political and economic event in 2020 was the US elections and the related change of Administration. The US elections represented the sharpest but also the most frustrating change in US history. Although Donald Trump lost the election, 74,216,154 citizens voted for the outgoing President.

For the United States, the change in direction cannot be seen as the advent of a resolute and determined policy along one single line, as the basic reality of the highly divided American society was not changed, but indeed strengthened due to the general election. The huge impact promoted the spread of political violence and protests in the United States. 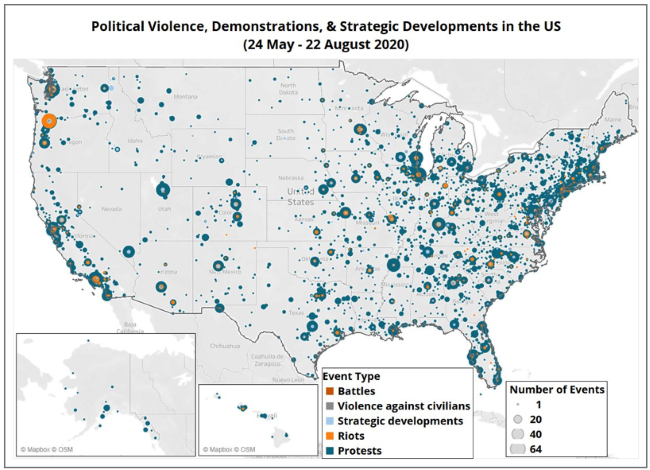 First of all, Donald Trump lost the election, but the specter of Trumpism has remained in the United States and even in Europe, which is generally not conducive to advancing the strategy of developing relations with China.

Secondly, the “antagonism” of the US strategy towards China has not changed radically. Trump had opened a political-economic dispute with China. It is particularly noteworthy that the younger generation of the Republican leadership is gradually becoming hostile and negative towards China, and exerts great influence in Congress. This does not favor world peace.

Thirdly, if this attitude is not contained, it will lead to negative long-term impacts between high-tech decoupling and ideological competition. Finally, China’s policy towards the United States has been perfected and refined: although the government is still adopting a wait-and-see attitude, the voice of seeking cooperation and being rational and pragmatic is still the mainstream in China.

The year 2021 is proving that the focus of the analysis of global political and economic trends will still be competition between China and the United States. President Biden’s Administration still regards China as its main strategic competitor, but the methods of addressing the issue are quite different from those of Trump’s Administration. The main difference lies in the fact that President Biden focuses on solving domestic problems and does not exclude the most important issues with China.

President Biden’s Administration has adapted its strategy for China as the influence of major lobbies and interest groups – such as the US finance and military industry – on policy is constant compared to the previous Administration. Nevertheless, the Chinese factor in the chain of global interests keeps higher levels.

Indeed, voices from both parties in the US Congress calling for curbing China’s rise are also increasing.

In short, in terms of China’s policy direction, President Biden’s Administration is expected to oppose a trade war because it harms the core interests of the US business community. However, there are likely to be problems for Taiwan, Xianggang (Hong Kong), Xinjiang Weiwu’er (Uyghur), South China Sea, Xizang (Tibet), as well as other issues.

The possibility of renewed trade negotiations between China and the United States is expected to increase significantly in the future and the US strategy of constructive competition will be reformed.

Regardless of changes in Sino-US relations, China will certainly promote greater bilateral and multilateral investment cooperation, while seeking new development and shaping new models of cooperation.

The key areas which are currently the most important and noteworthy are, firstly, China’s joining the Regional Comprehensive Economic Partnership (RCEP) and seeking to adhere to the Comprehensive and Progressive Agreement for Trans-Pacific Partnership (CPTPP), which shows that China’s top leadership has decided to continue the reform strategy of internal and external promotion.

The RCEP is a free trade agreement in the Asia-Pacific region between the ten States of the Association of South-East Asian Nations (Brunei, Cambodia, Philippines, Indonesia, Laos, Malaysia, Myanmar, Singapore, Thailand and Vietnam) and five of their free trade partners: Australia, China, the Republic of Korea (South Korea), Japan and New Zealand. These Member States account for approximately 30% of world’s population and GDP, thus making it the largest trading bloc.

The CPTPP, instead, is a draft regional investment and regulatory treaty in which negotiations, until 2014, twelve Pacific and Asian countries participated: Australia, Brunei, Canada, Chile, Japan, Malaysia, Mexico, New Zealand, Peru, Singapore, the USA and Vietnam.

Indeed, between the RCEP and the CPTPP, there is not only the interconnection of the industrial chain and commonality – and more reasons for unity than differences – but also the influence of great powers’ strategic factors.

The main difference between the two is that the CPTPP has higher economic quality requirements, while the RECP is more inclusive. Secondly, the China-EU trade and investment agreement is likely to be signed, which has clear short-term interests for Europe and long-term strategic interests for China. China, however, still needs to take a cautious attitude towards European policy and its legal systems based on double standards. Thirdly, China and Russia are strengthening comprehensive strategic cooperation and there will be new opportunities for their cooperation in the energy and military sectors.